On March 16, RollFlex arranged a workshop within the framework of the FURGY CLEAN INNOVATION – CONGRESS 2018 at the New energy Husum 2018.
It consisted of an internal and an external part and aimed at strengthening the dialogue with the project network partners and companies. The programme included talks by invited speakers, a presentation of the demonstrators developed in the project and the possibility to network about future industry collaborations with RollFlex.

Organic photovoltaic devices are undergoing a steady revolution in efficiencies and stability. The 10% and 10‐year barriers for lab‐scale materials have long since been broken. A massive challenge remains, however, in transferring this exciting technology to the market place. For fast roll‐to-roll printing, polymers tick all the right boxes, including their applicability to ink‐based technologies. But trying to control their behaviour over large surfaces so that thin layers can be regularly formed is difficult. While large‐scale stabilities are good, large modules (>50 cm2) have efficiencies of around 6% at most, and when going to very large‐scale modules (>1 m2), 3 to 5% is more common.

Block copolymers have been known for decades to improve the structural strength and regularity of polymers. When cast from solution, they form microphase domains of the order of tens of nanometers due to the repulsive tendencies of the constitutive blocks. This scale is perfect for controlling excitonic formation and charge transfer through organic devices. This lecture will give a general introduction to block copolymers for organic photovoltaic devices and then look at some of recent advances in this field.

View and download RollFlex brochure material with information about the project. 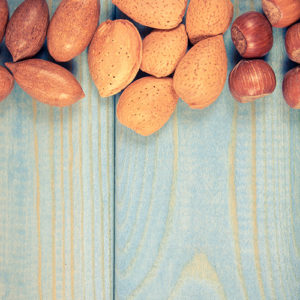 RollFlex in a nutshell
What is RollFlex? Here’s the answer in a nutshell. For a larger view, you can download the presentation as a
Read more. 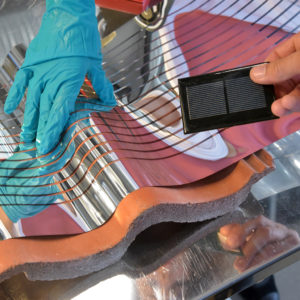 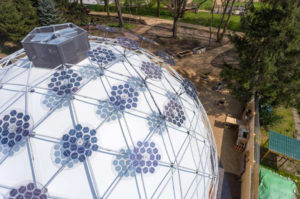 On Tuesday, 16 January 2018, Dr. Sebastian Meier from OPVIUS GmbH in Nuremberg will visit the RollFlex Center at the Mads Clausen Institute to talk about the symbiosis of urban living spaces and energy generation at the SDU Energy Club.

The talk will address the power harvesting properties of different photovoltaic technologies in the context of real life applications and it will be clarified why this has little to do with what people call “power conversion efficiency”. Moreover, it will be also discussed why organic photovoltaics (OPV) is the enabler technology for building integrated photovoltaics (BIPV) and why BIPV is in fact no PV product anylonger, but rather a construction material. Finally, the latest BIPV-related projects OPVIUS has realized recently will be highlighted in detail.

In the course of the bi-annual optoelectronics internship, master students had the possibility to independently design, produce and measure organic solar cells (OPV) and organic light-emitting diodes in the 2017 summer semester. This time, the students visited the premises of the Mads Clausen Institute at SDU within one day of the test and were thus able to get to know the Danish university and its methods for OPV characterization and to study their self-built solar cells. This measuring day will now be firmly integrated into the syllabus, thus promoting the cross-border exchange of competences.

More information about the lab course on CAU’s homepage. 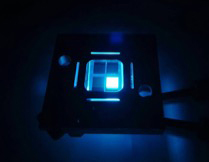 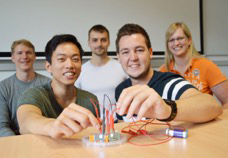 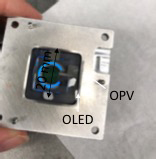 Scientists from Kiel University (CAU) have investigated the possibility of using organic optoelectronics in the field of measurement technology. The goal is to integrate OLEDs and OPVs on a chip for the development of future lab-on-chip system for fluorescence detection. In a first proof-of-principle experiment, organic light-emitting diodes and organic solar cells in various designs were realized on a substrate in the clean room of the Kieler Nanolabor and initial fluorescence measurements were carried out. These results were presented in a lecture at the XXXI. Messtechnisches Symposium des Arbeitskreises der Hochschullehrer für Messtechnik (S. Jahns, J. Balke, A.F. Iwers, M. Gerken: Organic optoelectronics for lab-on-chip fluorescence detection, Proceedings AHMT 2017).

At their premises in Mielkendorf, Phi-Stone AG established a showroom that provides visitors with access to the RollFlex information material.

By introducing nano- and microstructures into organic solar cells (OPV) and organic light-emitting diodes (OLED), CAU scientists want to specifically influence the properties of the components. For this purpose, a simulation model was implemented with which the influence of grid structures on the emission characteristic of an OLED can be investigated. In a first study it was investigated both theoretically and experimentally, how the structures of the grid, absorption effects within the nanostructured OLED and the layer thickness of the cathode affect the light extraction. The results were presented in an abstract at the conference International Conference on Electromagnetics in Advanced Applications 2017 (H. Lüder, M. Bremer, M. Gerken, Simulation of nanostructured emission layers for tailoring the angular radiation pattern of OLEDs, Proceedings ICEAA 2017).

During the RollFlex project, Stensborg A / S has developed a new printing technology that makes it possible to make ultra-thin silver film coatings on different materials, such as, e.g., plastic film and glass. The thickness of these silver coatings is assumed to be about 25 nm. The process is particularly interesting for RollFlex for the R2R production of solar cells and OLEDs developed in the project because it can be used in different ways to improve the performance of the manufactured components. Thus, for example, optical diffraction gratings made with the R2R process significantly improve the light efficiency of the components due to the conformal silver coating applied in the printing process to this type of nano-surface relief structures. Similarly, with the new technology, it is possible to print circuit board tracks in different patterns. Both stages of the process are necessary for the production of solar cells and LEDs in the project.

In summary, the technology offers the following:

In the case of print of electrically conductive layers, the printer system requires only a bitmap input file. The thin silver film has a resistivity of about 7.55 · 10ˆ-8Ωm.

The technology will be implemented on the industrial NIL platform, which Stensborg A/S has developed and sells under the name HoloPrint © 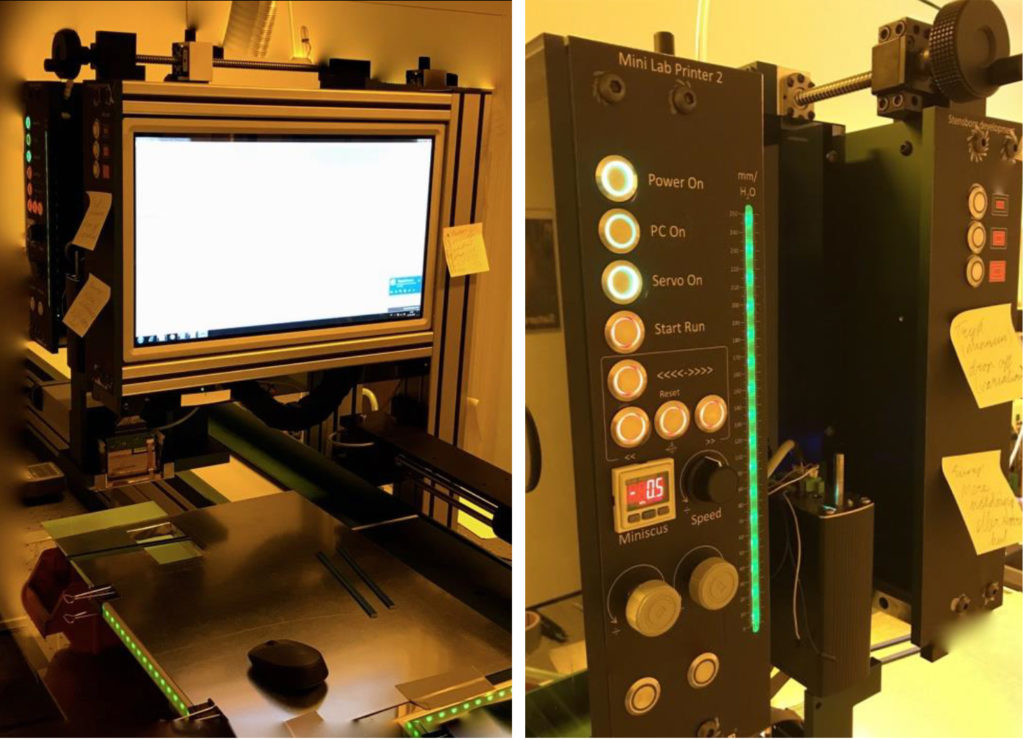